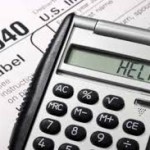 This means that neither the recipient spouse  nor the child owes taxes on it. However, unlike spousal support, child support payments are not tax-deductible by the parent who makes the payments. (Spousal support is tax-deductible for the person who makes the payments and taxable to the recipient.)
Be careful how support is characterized in your marital settlement agreement or support order as it may have significant tax consequences.

What Qualifies as Child Support for Income Tax Purposes?

This can have adverse tax consequences for the recipient of child support payments, because family support or alimony or an unallocated support order is taxable to the recipient. So instead of receiving nontaxable child support, the ex-spouse will be receiving alimony, which is taxable to the payee regardless of what the money is actually used for.

Who Gets to Claim a Child as a Dependent?

Generally, in order for someone to claim a child as a dependent, a parent must provide at least 50% of the child’s support during the tax year.

If parents lived apart at all times during the last six months of the calendar year, or if they have a written divorce decree, maintenance agreement, or separation agreement, there is a special rule that applies to the dependent exemption.

Under these circumstances, if the child received more than half of his or her total support for the year from one or both parents (the rest can be paid by other relatives or public benefits) and was in the custody of one or both parents during the year, the IRS rules assume that the custodial parent (defined as the parent who had custody of the child for the greater part of the year) should get the exemption for the dependent. However, the parties may change this presumption and allocate the exemption to the noncustodial parent if either of the following are true:

*Warning If you relinquish the exemption, you are also relinquishing eligibility for the child tax credit.

Rule for Unmarried Parents or Those Still Living Together

If neither parent provides more than half of the child’s support for the year, things get even more complicated. For more information on how to handle this situation, see IRS Publication 504, Divorced or Separated Individuals, which you can download for free from www.irs.gov.

In some cases the court issuing the support order will make a determination as to who can claim the child as a deduction.  This determination is based on the benefit to the family as a whole.

**Remember, the law and the tax law change often.  You must consult an attorney or tax professional to make a determination in your specific case.